We are an independent means of information, not linked to any particular organization, although we reserve the right to keep contact, help and provide coverage to political parties, associations or individuals that share or support our worldview, which is based on three fundamental principles: recognition and remembrance of our historical referents, radical opposition to the values ​​and way of life imposed by the System and sincere and flawless defense of Europeanism.

“For what has been our struggle and martyrdom, one day will be the resurrection.” (Léon Degrelle)

We take up the baton and honor the memory of those who fought for a true Europe, totally opposed to that which was built by the victors of 1945.

Tough distancing ourselves from so-called ‘historical reenactment’ and useless fetishism, without the pretension of restoring any past time and with our vision set on the future of our people, we identify with the National Socialist worldview and those who through their life examples better incarnated the ideals of Europeanism and National Socialism.

“It is not programmes that we must have but men, new men.” (Corneliu Codreanu)

We oppose frontally the current zeitgeist of materialism, individualism and absence of ethics, an evil that even affects organizations that supposedly share our worldview. Instead, we endorse the traditional values ​​that have forged the European spirit for centuries.

Equally, we reclaim the historical, artistic and cultural heritage of our people and reject the System’s criminalization campaign against our past and the pushing of self-guilt into the European peoples, claiming instead the right to study our history without manipulation.

“The goal of our struggle is to create a unified Europe.” (Joseph Goebbels)

We overcome and transcend the old axioms of chauvinist and fratricidal patriotism, as well as all those obsolete constructions and structures that constitute an obstacle to the great task of creating a new Europe.

We defend the right of all European peoples to preserve their own culture and identity, while we undeniably promote a Europeanism based on fraternity and camaraderie, and we point out as our enemies those who promote rivalry and confrontation between European nations. 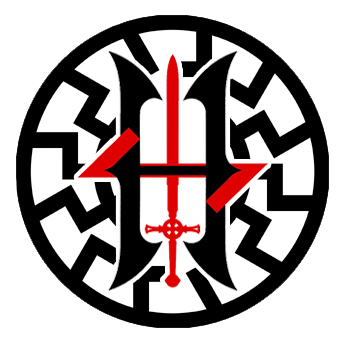